I eventually peeled myself off the ridiculously comfortable pagoda style seating areas in Osh, and headed West towards Tajikistan. My mate Mark was cycling from Uzbekistan and we agreed to meet in Northern Tajikistan. I had 3 small, but potentially big problems ahead of me.
1. To get there I would need to pass through the Ferghana Valley, a little travelled route dodging crazy Uzbekistan enclaves. According to Google maps the road enters Uzbekistan and without a visa, I wouldn’t be able to continue.
2. I was told about recent violence in the area. Shooting in one of the enclaves by Kyrgyz solders resulted in several deaths.
3. A rumour had spread that no foreigners would be allowed into Tajikistan until 16th September, due to an important summit in the capital.

It turned out all of the above were a complete non issue for me. I’m very happy I wasted no time worrying about them.

The road to Batken at the border with Tajikistan was largely flat and agricultural. After my last few weeks of climbing mountains in Kyrgyzstan, this cycling was super easy. Sparse mountain villages and few people turned into towns and farmers everywhere. Judging by the amount of pointing and open mouth gorping, I don’t think they get many tourists on this road.On my first day I stopped by a bakery to buy some freshly made bread. The lady convinced me I needed tea and sat me down on a makeshift stool. She came out with Plov (the national dish of rice, veg and meat), tea and watermelon. People from the town came and went and were all really friendly, including an old man who I had assumed  was the owner. I kind of expected this treat to be a generous gift, but I offered to pay as usual courtesy. The old man took about 30 som from my outstretched hand of coins (about 40 English pence). I was surprised but I didn’t care. I said my thank you’s, then continued cycling. About 3km up the road a car pulled me over, I recognised him from the bakery and I immediately thought I had done something wrong, mainly because he looked so pissed off. With some exaggerated waving and a few English words, I understood I shouldn’t have paid the old man money. The man was so angry he handed me 200 som and forced me to accept. He had chased me, pulled me over and gave me far more money than I originally paid, I couldn’t believe it. 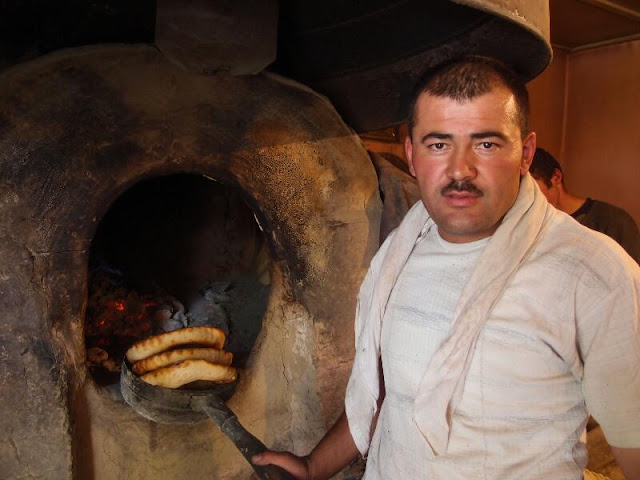 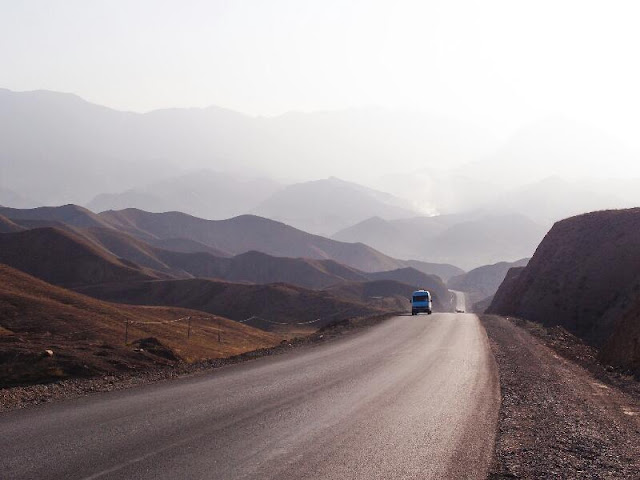 The road was fairly rough. While cycling over one of the many bumps, I heard a painful sounding crack from my bike. I inspected the frame but couldn’t find an issue. I continued cycling and the noise was getting worse. That night, with the panniers off I found my back rack, which holds all my gear, had snapped. With a combination of cable ties and Duct tape, I made a rudimentary repair. The next day another section snapped off. The whole rack started sagging on one side, I was starting to get concerned. The rack is aluminium and the break would be very difficult to fix, I decided to wait until Tajikistan but feared the worst. 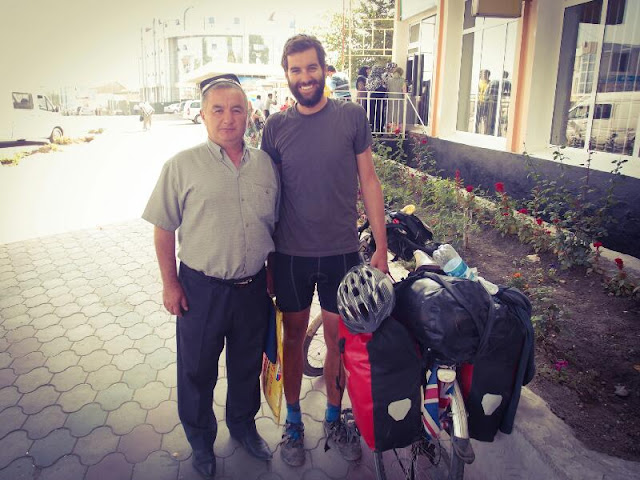 After an incredible night of Kyrgyzstan hospitality, I made it through the Tajikistan border. The scenery was much the same; orchards and flat farmland but still beautiful. The pointing was overtaken by much more staring and so many smiles! Smiling in ex Soviet States is usually a highly prized emotion, but here they give them away for free… Yes! 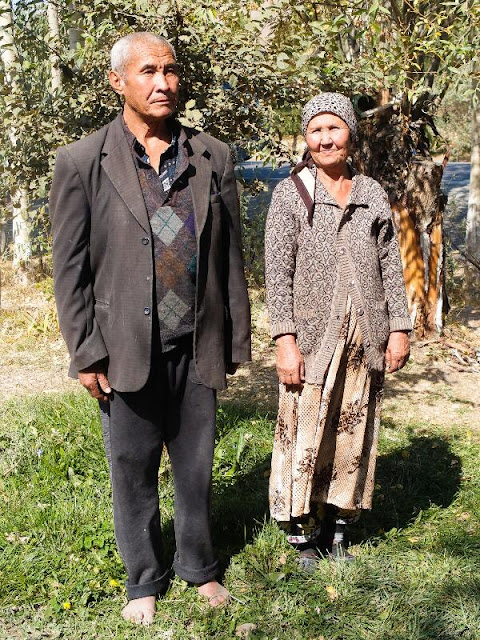 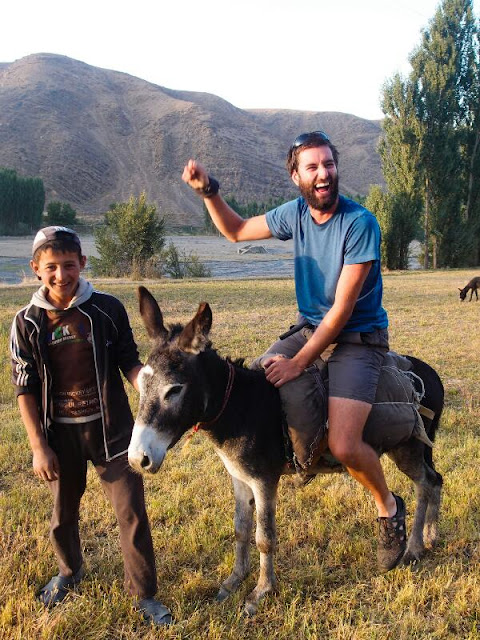 I made it to the agreed meeting point and waited for Mark. Time went on and still no sign of him. Fortunately, the man at the local plumbing shop had a laptop with Skype. Mark took the wrong border and needed to cycle another 80km to meet me… Oops. My new friend took me to breakfast and offered to help fix my broken rack. The local welder took one look, said “aluminium” and “no”. After circling my bike a few times, he seemed to have an idea. He jammed two steel rods into the hollow aluminium tubes, then welded them to a ring so I could bolt it to the bike. Ingenious, just a shame the weld only lasted a day. 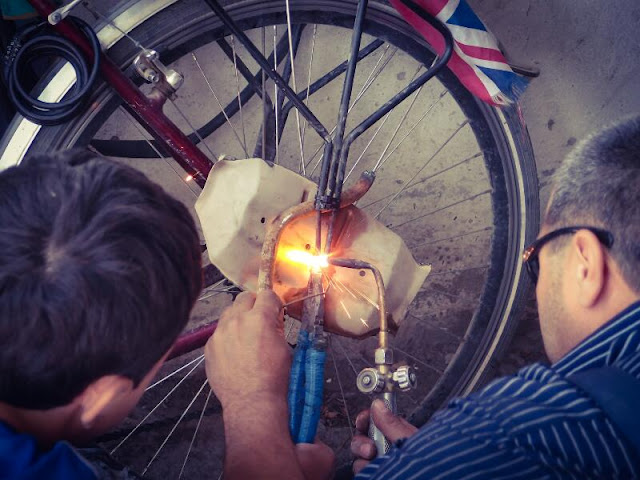 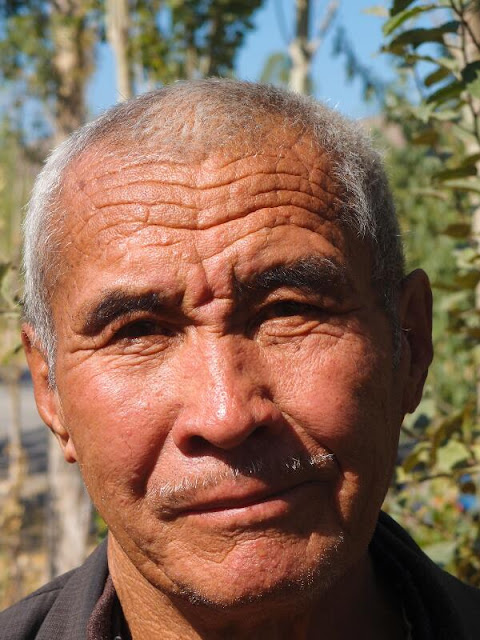 I eventually met Mark and his French companion Romain at the Tajik/Uzbek border and we camped under the car port and devoured a watermelon the guards had given us. The border guards in Tajikistan have to be the friendliest in the world, always a smile and often some goodies. It makes a change from over Central Asian border posts. 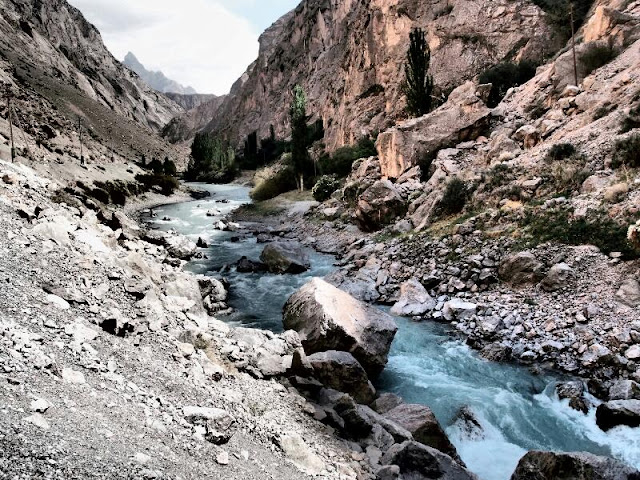 Cycling with people is definitely my favourite, alone is fun and you do get invited into people’s houses more but cycling with the right people is always a laugh. As luck would have it, we headed in the wrong direction to search for water in a village and found our old mates Mark and Jules. Now we were five and had an incredible pass to look forward to. And here it is: 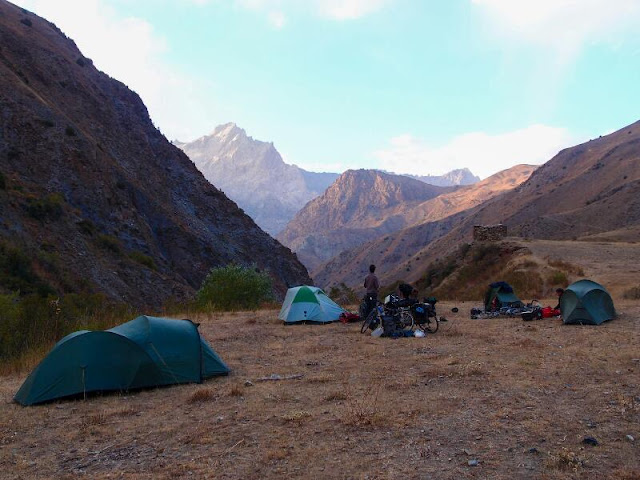 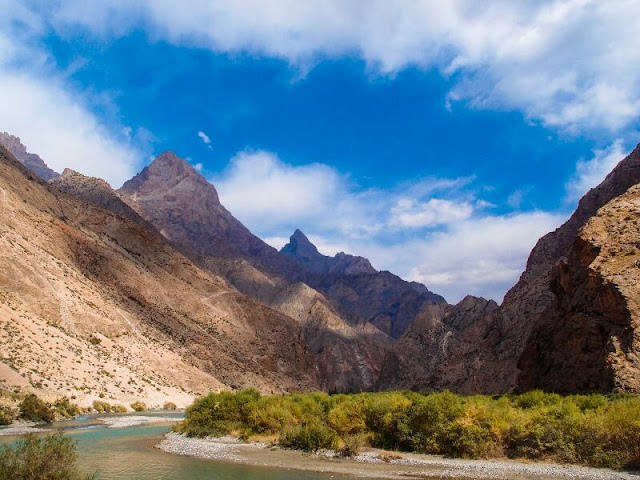 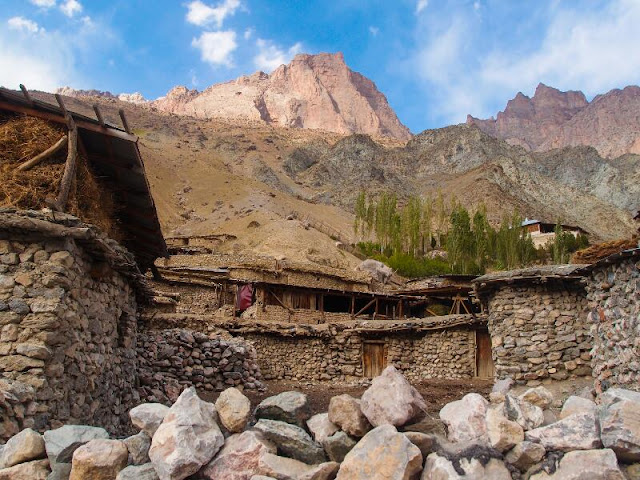 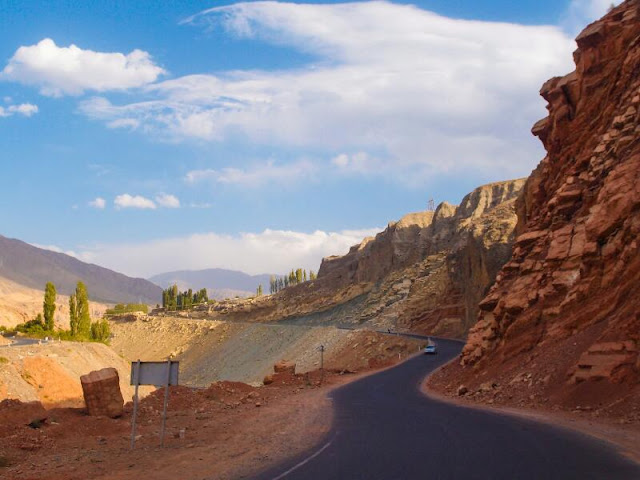 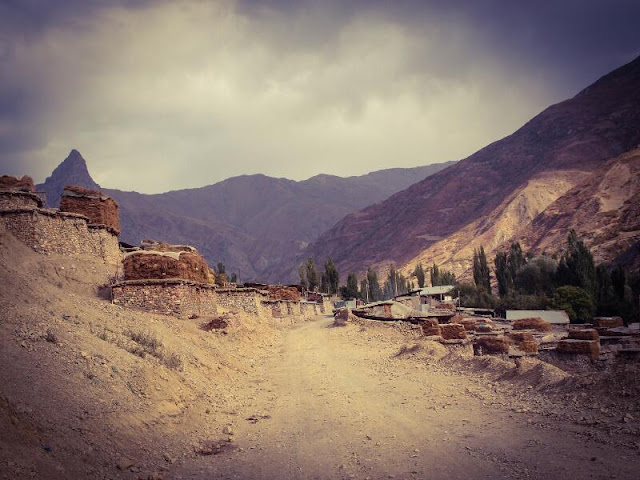 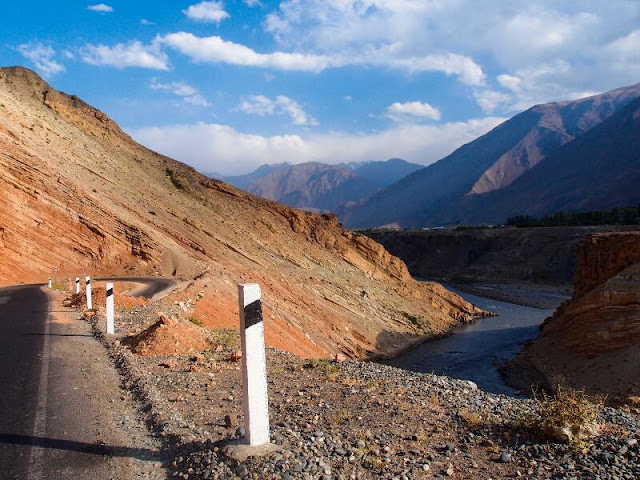 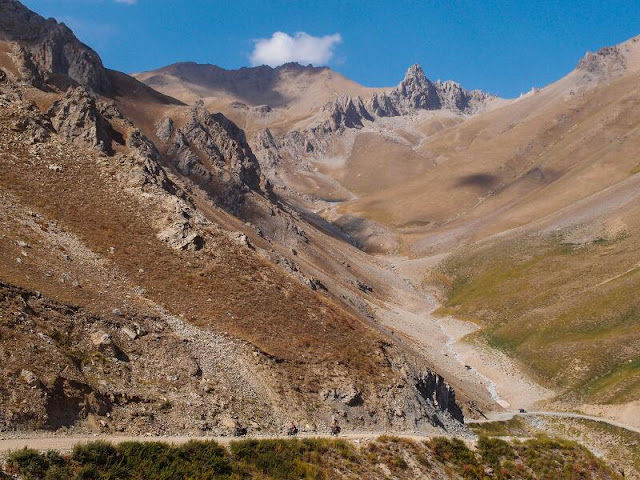 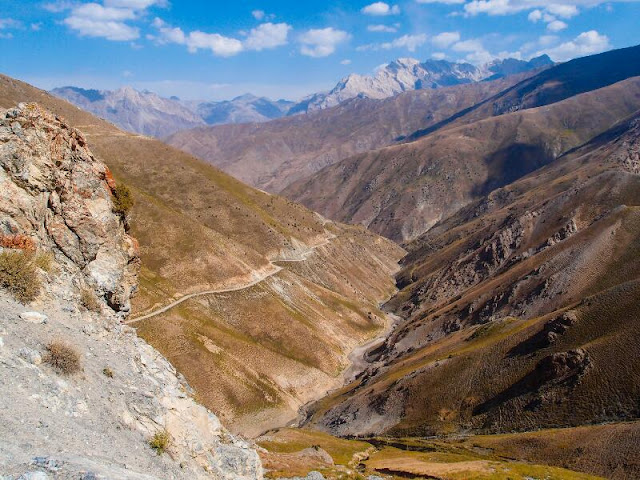 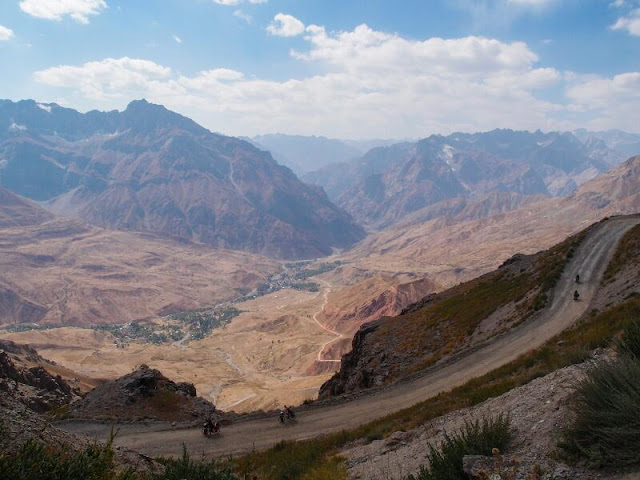 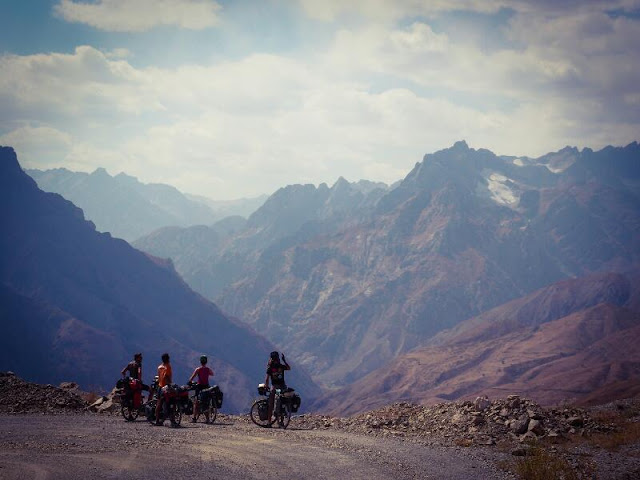 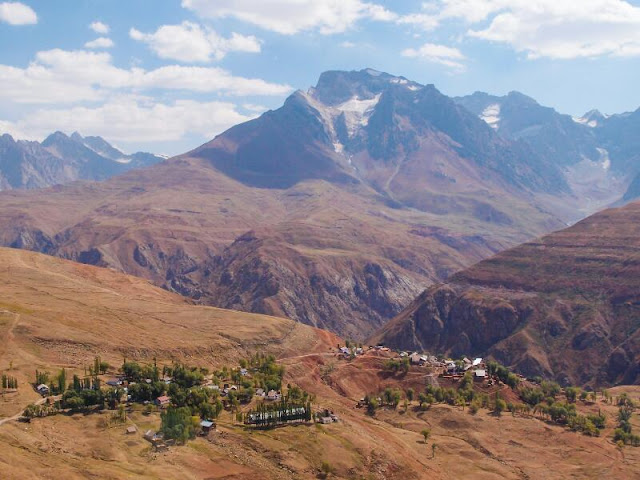 My first impressions couldn’t be better. I’m in mountains with great people and friendly locals – it’s heaven. Next up… the freezing cold Pamir Mountains and more incredible beauty, I hope.