Free wine is my Achilles heel, along with free beer and free anything that gets you inebriated. Hostel Romantik in Tbilisi has a constant flow of red wine vinegar, with a bed and free dinner all for the meagre sum it of £3. It’s a no frills bargain. They say the wine and food is free, but really its the other way round… You pay for the food and wine and get the bed free. 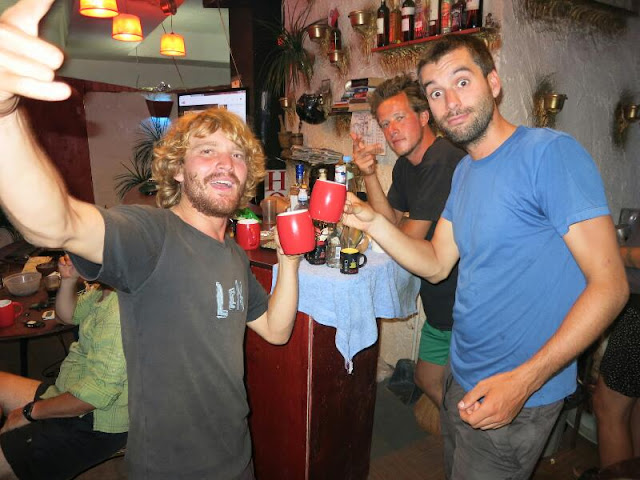 I would need to wait here for a package from home containing new tyres, tubes and an inflatable mattress, so lucky for my bank balance I found somewhere so cheap. It turns out the postal service in Georgia is a little bit crap. Although my England based super efficient on-call mail team (aka mum and dad) sent the package fast and for a handsome sum, I had to be near the internet for a week coordinating customs to release my package. In the end I needed a certificate from the revenue office of Georgia to receive the parcel, run around town like a headless chicken a few times and pay a customs charge of nearly £30. The suckers gave me the package though and told me I have 1 month to pay, so let’s see what happens at the border.I was on a high and feeling cheeky, that my friends is a great combination. Armed with the internet and a small amount of wit, I decided to ask an English based cycling company for some free gear. I sent a email to the great guys at Tenn Outdoors explaining my lack of waterproof gear and money to rectify this. Amazingly, generously and very surprisingly they agreed! Tenn have a very worthy cause which I made a donation to and if you’re feeling in the mood, I encourage you to do the same here. 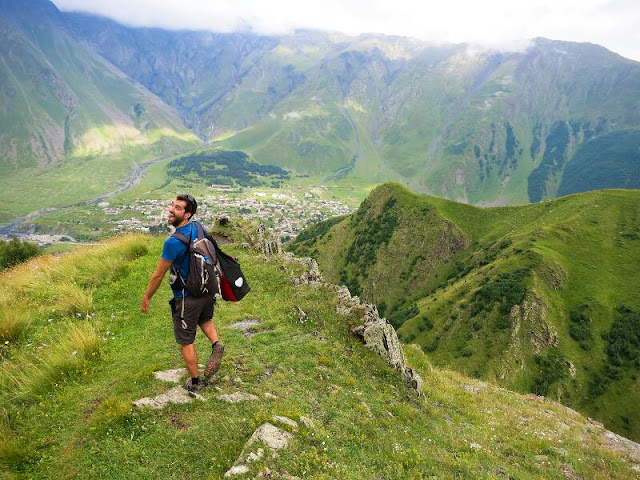 The proper budget hostels always attract characters and Hostel Romantik was no exception. With the wine a-flowing and at one point 10 bicycle tourers calling this ramshackle cave home, conversation and laughs were never in short supply. One of the new entries was Mark, a fellow Brit who I’d already spoken to on the internet. We were heading in the same direction so decided to meet up in an attempt to join forces and fight world crime on a bicycle. We’re yet to fight any criminals, but it’s going to be fun cycling together.After exchanging travel plans and hearing how my old buddy Jason was getting on, I think my plans have changed once again… After Kazakhstan, I’ll head into Uzbekistan then Tajikistan and take on the famous Pamir Highway, providing I get the visas of course. I patted myself on the back for not having any real plans for this trip, became excited for the prospect of new countries I know nothing about and looked up to the God’s of travel to say Thank you. 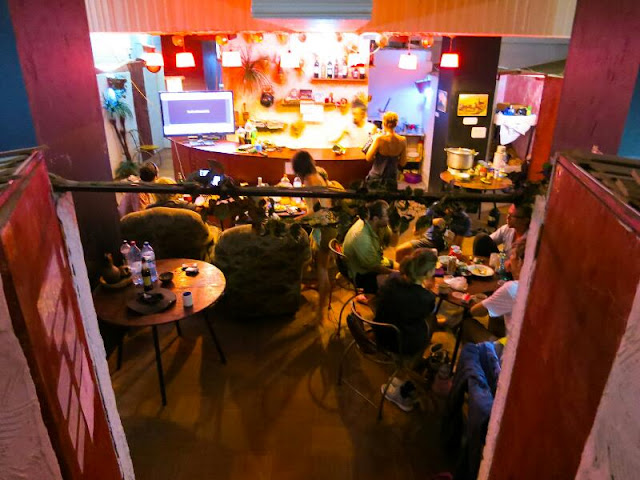 I have found the people of Georgia to be really kind and helpful. I walked up to a taxi driver eating lunch, looked him square in the eye and said “taxi?”. Surprisingly, he offered me a bite of his pastry instead. I accepted like I always do, he then proceeded to get out of his car to buy another for himself, leaving me to devour the remains of his initial lunch. Very random, especially considering he wouldn’t drive me anywhere after, leaving me think I’d broken some sorted of unwritten Georgian rule. I could just imagine reading in a lonely planet… “you must never accept a bitten pasty, doing so can cause great offense to males in this country”.It wasn’t all sitting around on uncomfortable chairs, avoiding the city heat and talking about chainset rings, “you’ve got 11/32…. Oooooh. That’s some seriously sexy teeth”. I left the bike behind and took a minibus to the Kazbegi mountains, north of Tbilisi. 2 nights camping, a half arsed attempt at walking to a glacier but lots of fun and new friends. After meeting a Georgian guy living in Harrogate and a well travelled German girl calling Manchester her home, it reinforced my opinion that the north of England is the epicentre of the world. 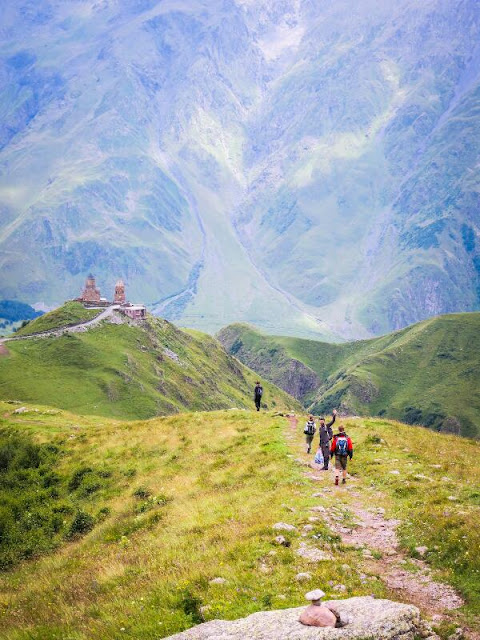 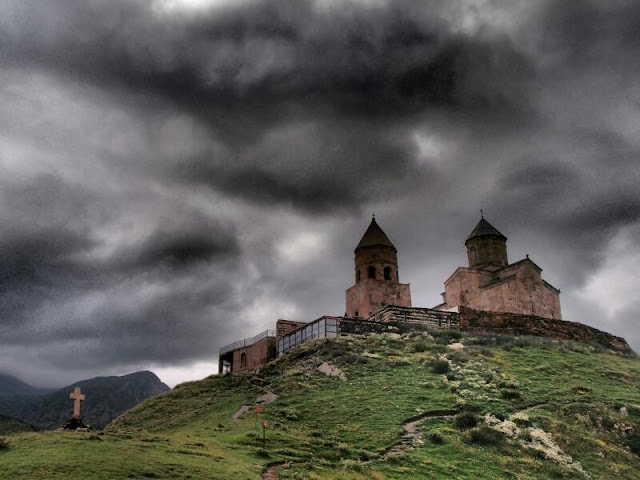 That pretty much brings me up to today. My bicycle feels good, my enthusiasm is sky high and tomorrow a peloton of 5 cyclists will hopefully set off together in the direction of Azerbaijan, taking the mountain route of course. However, as I was cycling around town looking for spare inner tubes, I was left asking myself 1 question, can you lose 4 months of fitness in 10 days? I think the answer is may be yes, which could make the next few days interesting.