On the road again

Well, after 10 days of relaxing by the beach with my favourite person, it was time to hit the road again. I had one small hurdle first, when I came back to my bike, the rear wheel had its first puncture. I was lucky there was a Turkish guy in the house who was a bit of a expert. With his demonstration I felt pretty confident of doing it myself. Time to go. 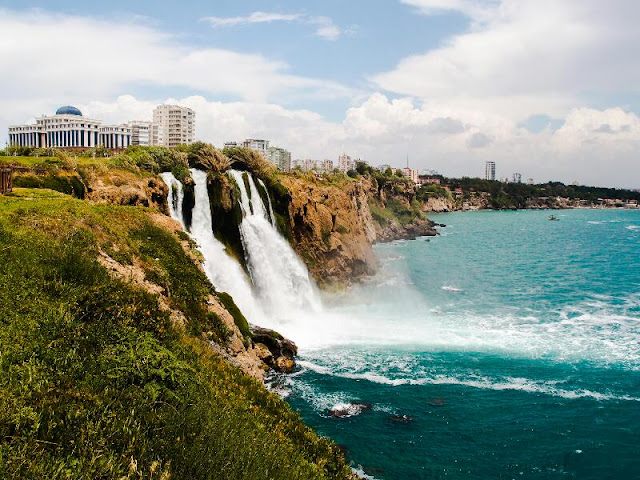 The weather hadn’t been great up until my departure day, then the sun came down and beat me hard. I had seen the possibility of a mountain road on Google maps, a small line connecting 2 bigger lines. According to paper maps, a road didn’t exist but I wanted to find out for myself. At the road I asked about the route and they told me there is no connecting road, I still continued on. I’m glad I did. The road started good… 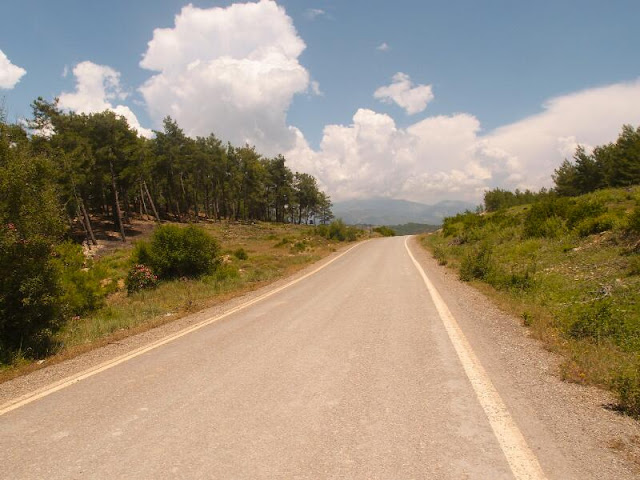 And turned into this…. 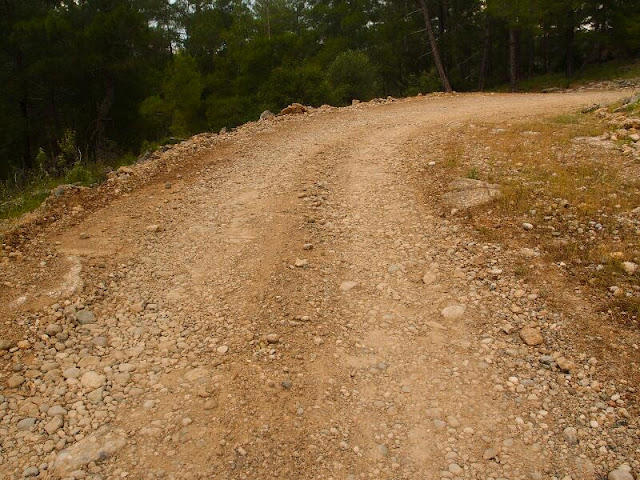 It was really difficult cycling. Small rocks, dust and big holes made for some difficult up hill cycling, but it was super rewarding. 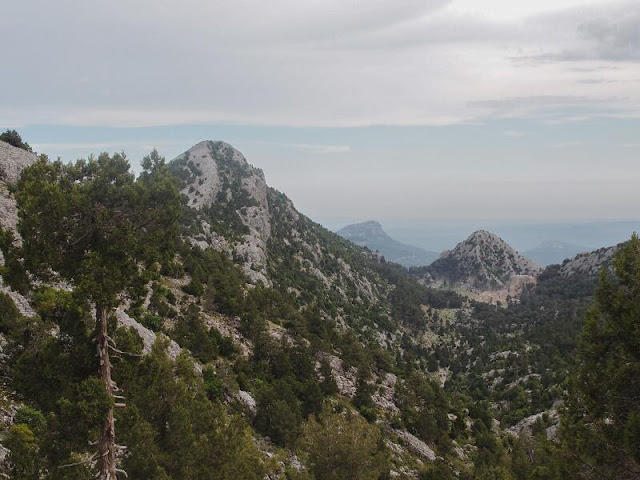 On the way up the clouds looked very ominous. I pushed on hard as the thought of this track becoming a mud bath filled me with dread. Surprisingly, the lightning and dark clouds didn’t materialise into rain. 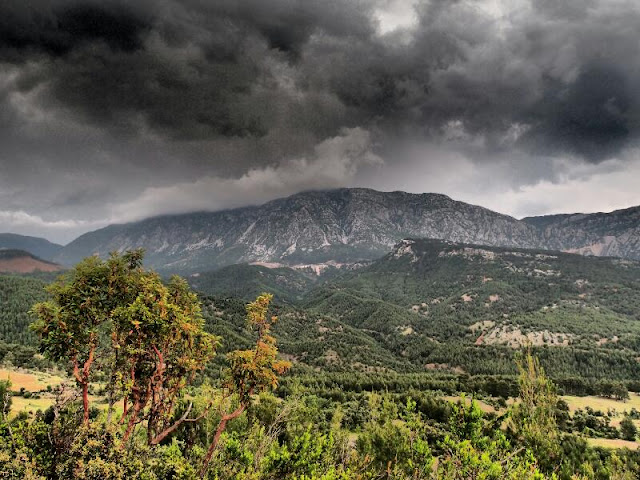 With a lack of water and any villages along the road, I wasn’t in the beat mental state. By the time I reached the next village, I was low on energy and it was getting dark. Unfortunately the village only had a shop with surgery snacks and for the first time in Turkey the children asked me for money. I wanted to get out of there as quick as possible. My camp for the night. 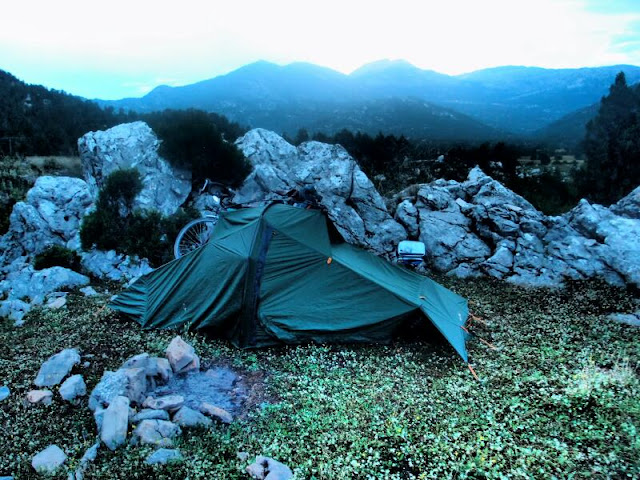 The next day consisted of endless mountains, very few villages and me getting lost. I made a 15km diversion to stock up on food and spent the next hour cursing myself for not carrying more reserves. It’s impossible to stay down for long with scenery like this… 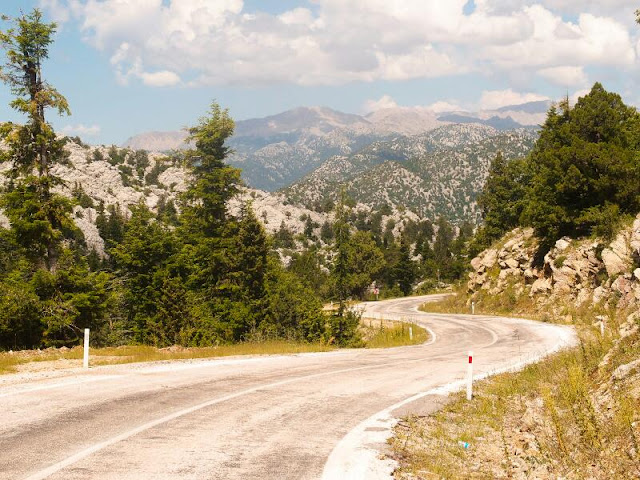 After what felt like such a long time alone with the occasional small village, it was a big surprise when I came to Konya – a city of 1.2 million people with mountains on one side and flat plains other. 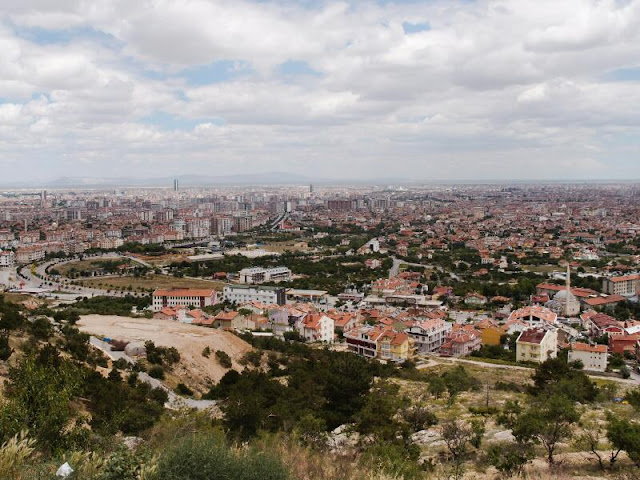 I was heading in the direction of flatness! At first my legs were thankful but then my head becomes bored. I made the decision to push on and meet my friends in Cappadocia.Boring, boring, boring…… Now I’m in Cappadocia with other cyclists again. 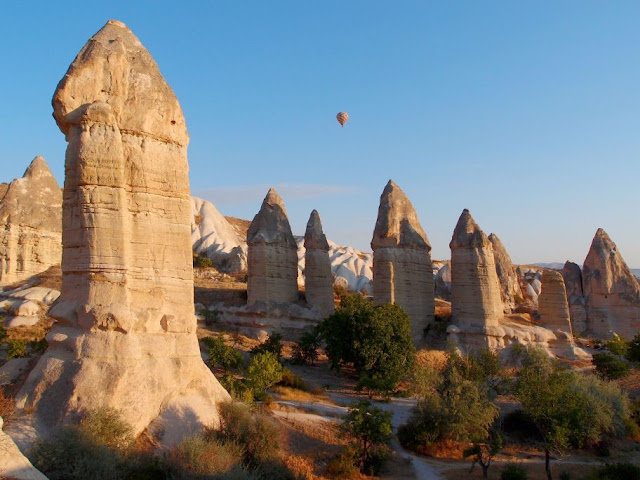