The road to Antalya

After an amazing time in Denizli, it was time for more sad farewells. It may sound heartless but I’m a pro at this now, it’s all part of travelling… You meet great people, and inevitably you have to say goodbye. 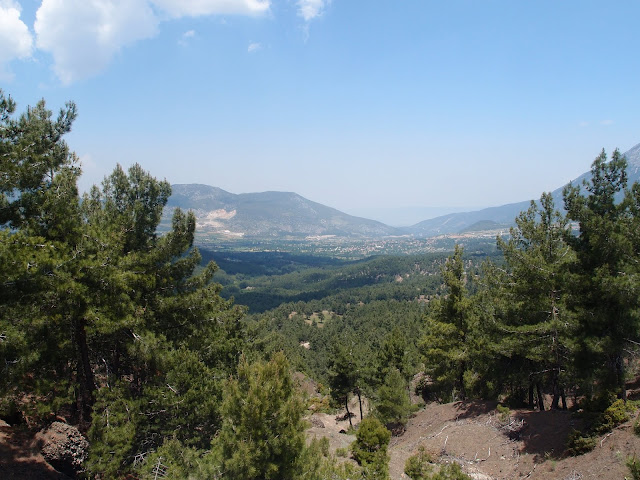 In the direction I’m heading it’s just a wall of mountains. I’ve been admiring them every day and couldn’t wait to start the ascent. Heat makes cycling uphill so much harder, but I was making good progress. I was in a nice little day dream, considering making a late entry for the Tour de France (I’m pretty sure I’m good enough). Then a young student from Denizli university came powering up behind me on his race bike, not even breaking a swear and barely moving his legs… just like that my Tour de France aspirations were dashed. He ended up cycling with me for the next 40km, by which I mean he waited for me whenever I was too slow. 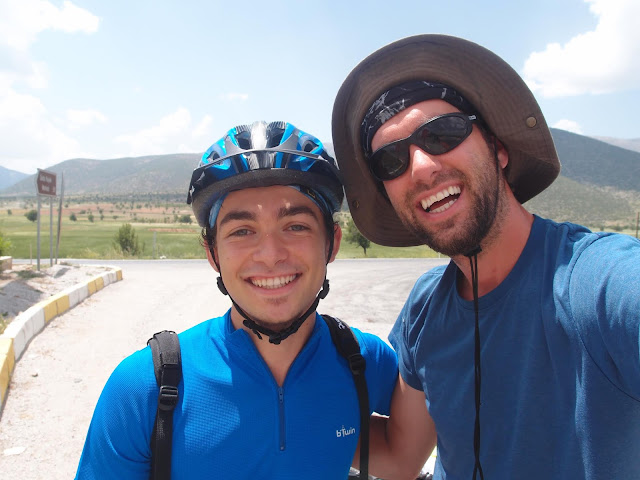 My goal for the day was a lake I found on Google maps. It was a nice distance from Denizli and camping by a lake or river always seems appealing. When I got there it became apparent this was a popular spot, everything was there… Toilets, fire pits, picnic benches, drinking water and even a restaurant. The only thing that was missing were the people, bonus. I befriended a stray dog and after giving her some cheese, we connected. She stayed by my side chasing away any intruders. When night fell she slept by my tent barking and howling every 30 minutes or so, I think she was having cheese nightmares. 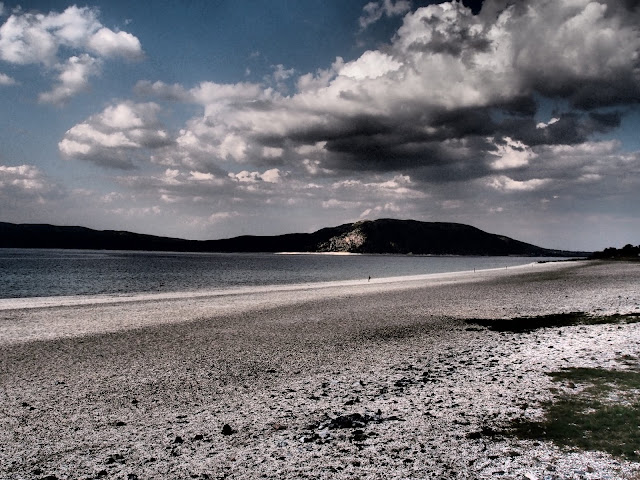 The next morning I found her sleeping soundly right beside my tent, if flies weren’t swarming around her, she would have looked sweet. I fired up the stove and cooked some porridge…. The first time I’ve cooked for myself in Turkey! 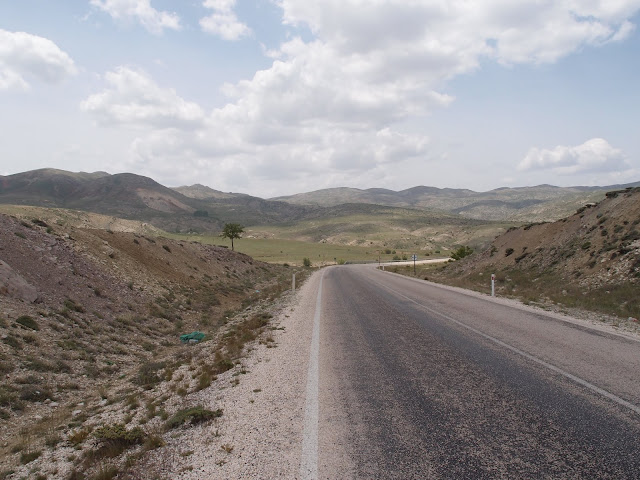 Lots of beautiful landscapes and a ridiculous amount of fast food, no matter how much I try and eat, I’m still hungry. I had made it on the road to Antalya and decided to keep my beady eyes out for a fine petrol station. It didn’t take long before a serious candidate appeared. It ticked all the boxes… A patch of grass, clean toilets, a small shop, friendly attendants and the icing on the cake, unsecured wifi. Finding a wifi network without a password in Turkey is akin to meeting a Turkish man without facial hair, it just doesn’t happen. I had struck gold, I even got some dinner thrown in as well. 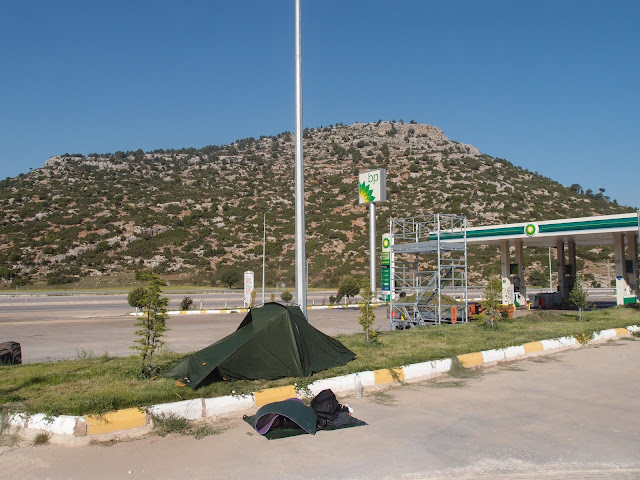 Unfortunately there was no drinking water at the petrol station, so the next day I set off thirsty and hungry. Not recommended. After a few small hills and a very hot morning I pulled into a restaurant to ask for some water. They insisted I sit down. We had a chat, they fed me, chai’d me up and gave me 3 bottles of water. I was only 40km away from a city with over 1 million people and still the people were so nice. 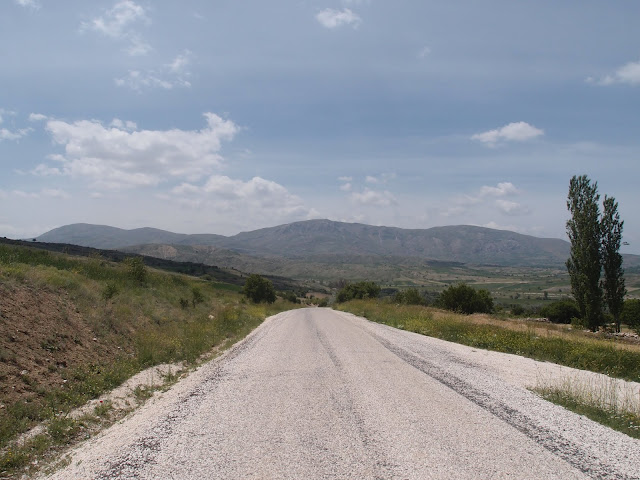 When someone in Turkey tells you “it’s all downhill from here”, don’t listen. It’s never just downhill, there is always a little up to keep your legs awake. I did, however, have the most amazing downhill on this trip so far. It was the sort of descent where you pray you haven’t left anything at the top, as just the thought of going back up is even to bring on a hernia. I was enjoying the downhill too much to stop and take pictures, but this one was half way down. 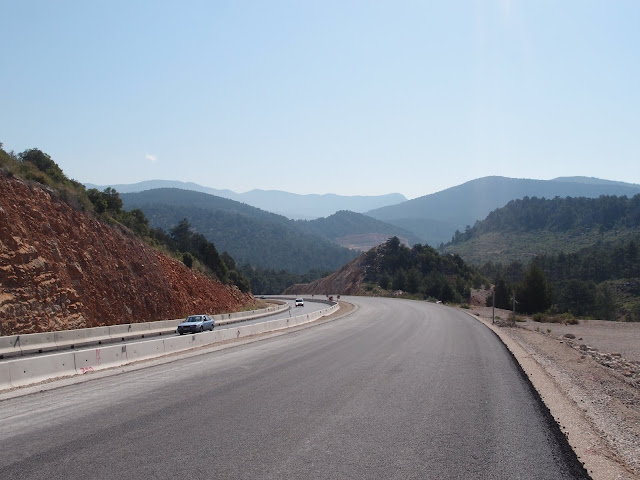 I was lucky enough to have a friend of a friend in Antalya, an art student at the university. I have met a few uni students in Turkey and I’m always taken aback by their generosity. England and Turkey are very different countries, but I’m doubtful there would be many students in England as hospitable as their counterparts in Turkey. 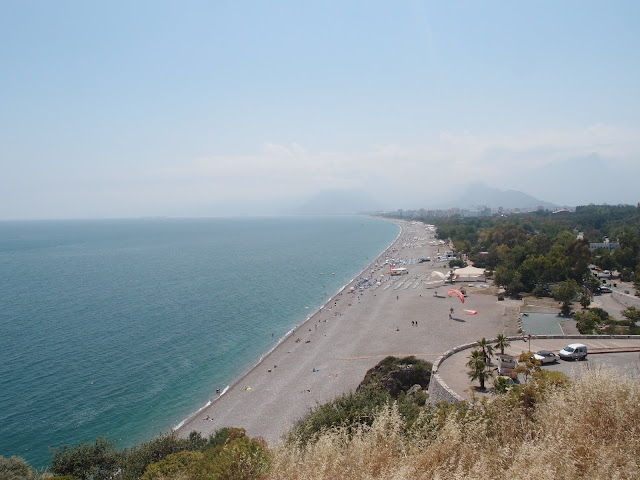 The next day I would be meeting Bryan, an American cyclist who set off from home 3 years ago, fell in love with Turkey and decided to stay here. He has been amazingly kind and let me stay in his apartment while he’s visiting Istanbul. The sunshine is really starting to pick up now, I’ll be relaxing for the next 10 days in and around this region. I can’t imagine how I’m going to continue cycling when it’s even hotter, will be fun to try and find out though.