Bulgaria to Greece to Turkey

After checking in at the hostel, the guy who worked there told me a Swiss couple had just left that same day. I was so tired I didn’t think anything of it, but after a shower I realised I know that couple. I found out which way the were going and the next day I set off after them to say hello. When it comes to backpacking and the near 24 hour internet connection, you can always contact people to find out where they are, with the bikes you can figure out a common road and hope you meet on the way. I love that, it’s how people would have travelled before the internet. 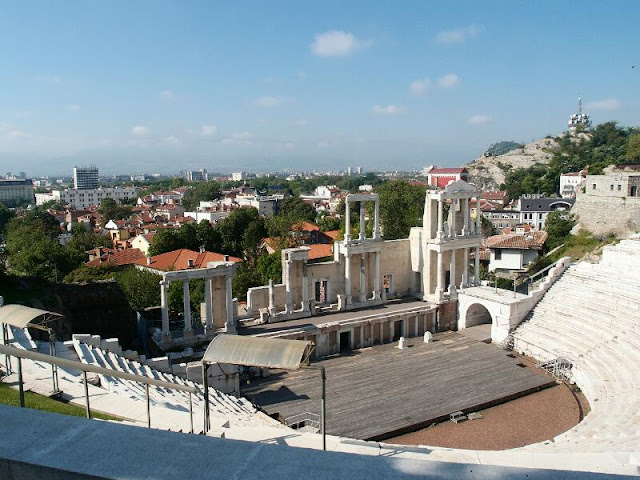 It took a day but I did catch up with the Swiss. That night we stayed with a great host in Kardzali, I was so nice catching up that I decided to spend 2 nights with the group. 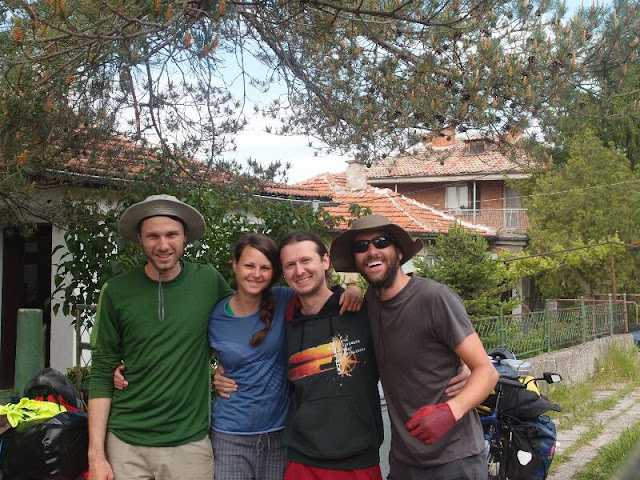 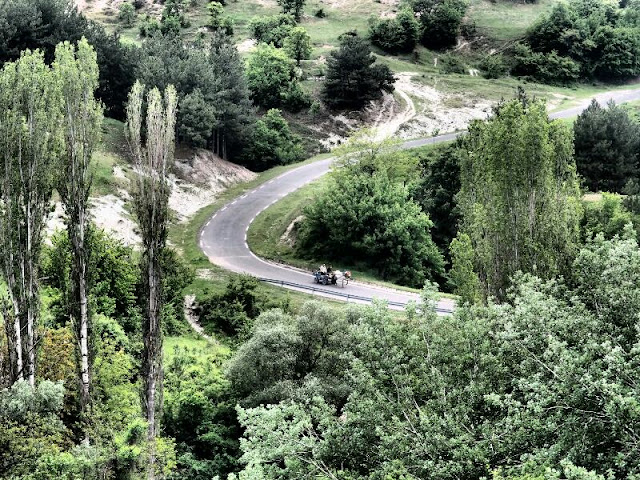 I had decided on a road going East into Greece, but after consulting the elevation charts (thanks to this Swiss) there was a much better route and probably far quieter. It proved to be a great choice. The road was beautiful and we found this little slice of paradise for a break and a quick swim in the cold water. 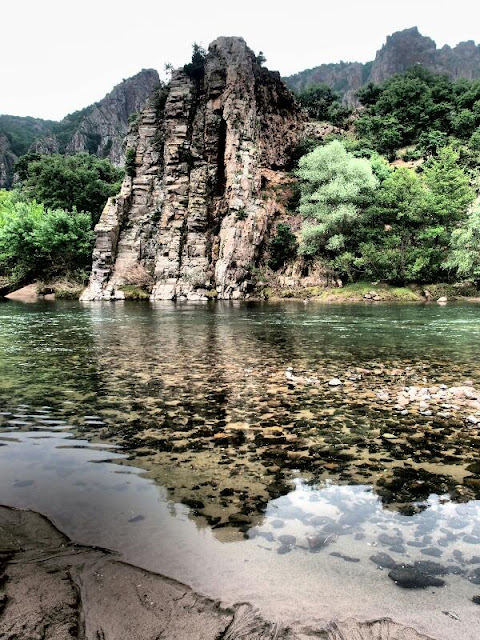 Although we found paradise, it was too early to camp, so back on the uphill with light rain made the decision to leave this place a tough one. With cycle touring there is never a bad decision though, you think you’ve found paradise but just around the corner is something even better. 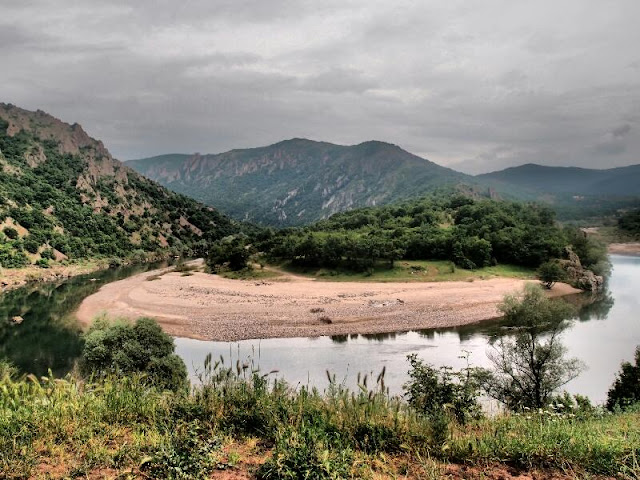 Up to the top of a hill and a nice clearing made the perfect spot for 2 tents, music and a camp fire. I’ve said this plenty of times but for me, wild camping alone is a necessity rather than a pleasure. However, when you’re with other people it’s always fun. 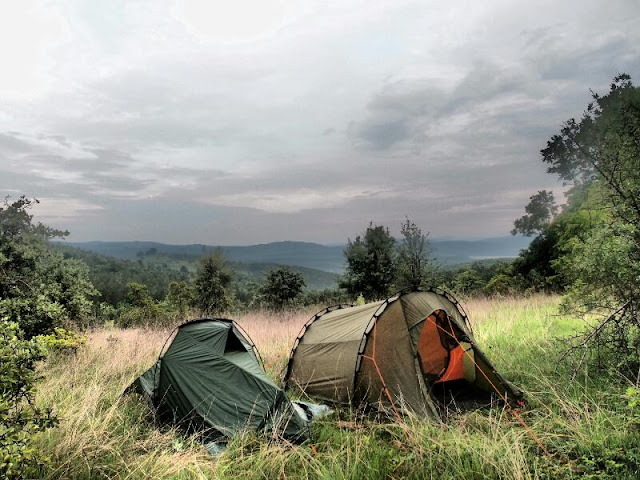 The next day we would cross into Greece then maybe over to Turkey in the same day. Bulgaria started with a hostile reception but the people became more open and friendly the further into the mountains you get. It is also a seriously cheap country, a chicken kebab only costing 60 English pence – I can’t think of anywhere in the world that has a cheaper meat kebab! 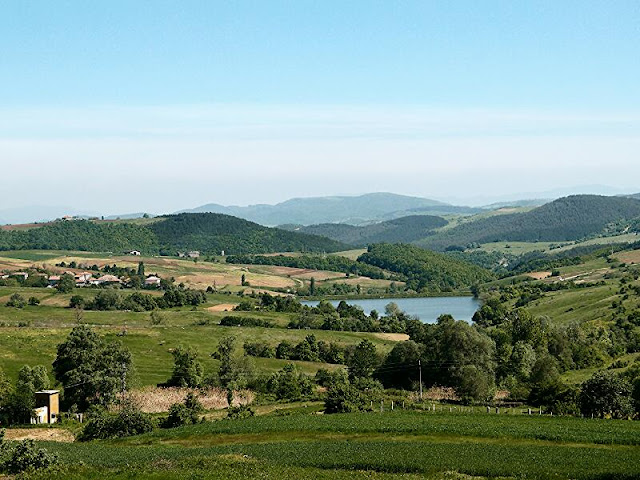 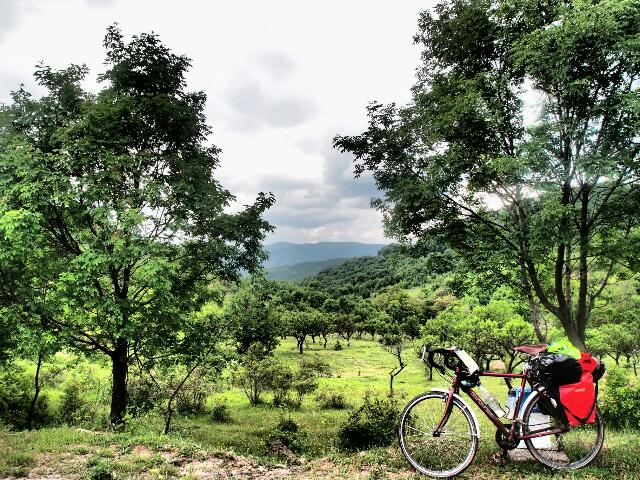 We were potentially only going to spend 2 hours in Greece, so the country didn’t have long to impress. Within the first hour we were invited into a cafe by Nikolas, a Greek farmer living in this small village. He bought the 3 of us a frappe, told us the Greek economy is fine if you live in a village and gave us a great wild camping spot along a river on the Greece/Turkey border. The camping spot turned out to be a beaut and after a short time we were invited over to a group of 8 guys playing horrendous Eurotrash music. What they lacked in musical taste, they made up for in hospitality. They had a different view on the Greek economy and said it’s impossible to get a job at the moment, 2 very conflicting views. 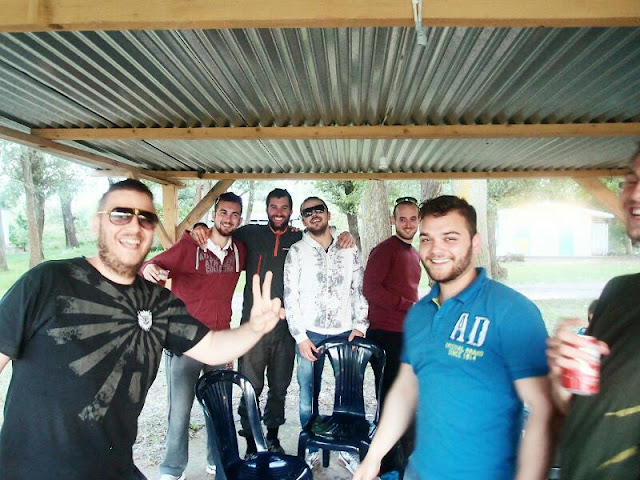 When we arrived at the riverside spot, an old guy asked us if we were camping. He left the lights on, showed us electricity to charge our devices and encouraged us to party. What a guy.Another great night sleep and a slight hangover to remind me of a good night. We gave Greece the smallest window of opportunity to make its mark and it did exceptionally well. Today however, it’s time for Turkey and after the border I would be going alone again. 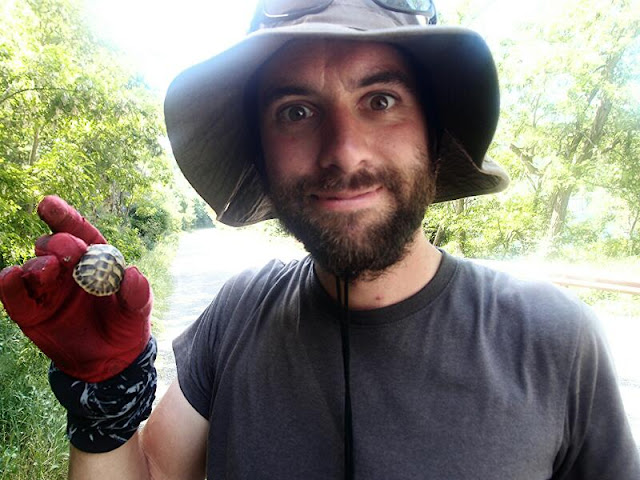 It was so nice to arrive in a country I know and love, and the border guards did an excellent job of selling their country to newcomers with smiles, jokes and advice. After a short ride on the main road leading to Istanbul, I turned south to take small village roads for the next 50km. Loads of interested people along the way and when I passed by an army base, the solders called after me. I turned back and said hello. Immediately a chair came out for me to sit, tea was served and even some sweet bread to eat. Conversation was difficult but their kindness was so genuine and after they poured out my water bottles to fill them up with “good water”, I was back on my way.

I knew Turkey would be difficult, you just need to take a look at a map and see all those mountains. I expected my first day to be pretty easy though, it wasn’t. Most countries have a bit of flat, but Turkey appears to be either uphill or downhill. With a shocking amount of headwind, I was pedalling hard on the downhill just to keep moving. Today also happened to be the hottest on this trip so far, I was on the struggle bus a few times today. The constant beeps and waves kept my motivation high and although my legs were hurting, I had no doubt about my ability to keep cycling as long as I wanted. That felt pretty good, it was like the past 2 months have been training just for Turkey.

From the main road, I saw a beautiful mosque and decided it was worth a visit if only to find some water and shade. After sitting down for 5 minutes, I decided it might be a nice place to camp. I asked a few people and although friendly, the language barrier made things difficult. The local English speaker obviously heard of my arrival and we had a chat. He pointed to a piece of grass in front of an old house next to the village road, although not perfect it was a start. After chatting for longer, I was invited to dinner in the local restaurant and after a large quantity of chai (of course), I was offered a sleeping “upgrade” – I could stay on the village cafe floor. As I’m writing this waiting for the cafe to close, I’m unsure whether my tent might actually be more comfortable… we’ll see tomorrow morning I guess. A great start to Turkey, long may it continue. 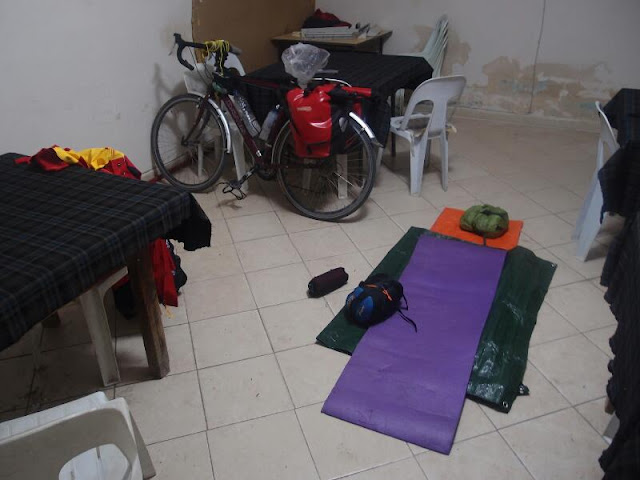