After a really restful sleep in what turned out to be a private dorm room, I made my way into town to buy a road map of Germany and have a butchers around town. Apparently it’s the oldest city in Germany (along with 5 others probably) with some remains from Roman times. 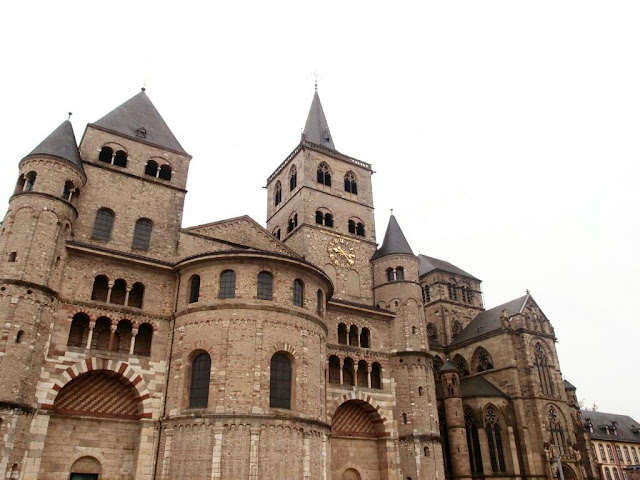 Today I had the biggest hills on this trip so far, and I was loving them. I find my mind switches off when climbing slowly, other than a few grunts, the occasional laugh and an expletive or two, I’m in another dimension. It’s difficult to explain but it feels great.The German countryside I’ve seen so far has surprised me. So much open space, huge forests and rolling hills full of multicoloured trees. I may have been lucky with the weather, but this country is beautiful. 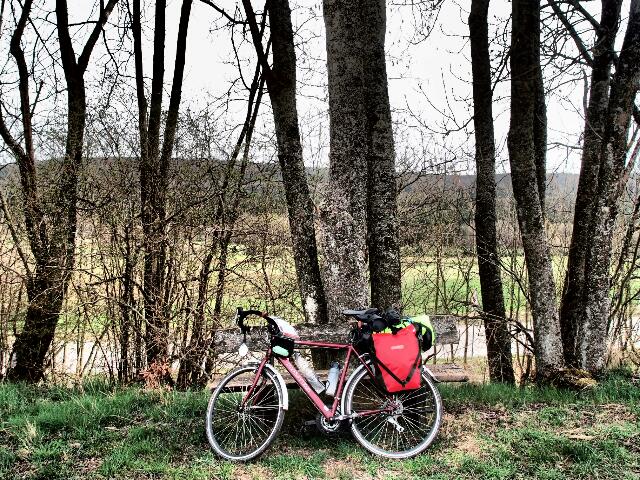 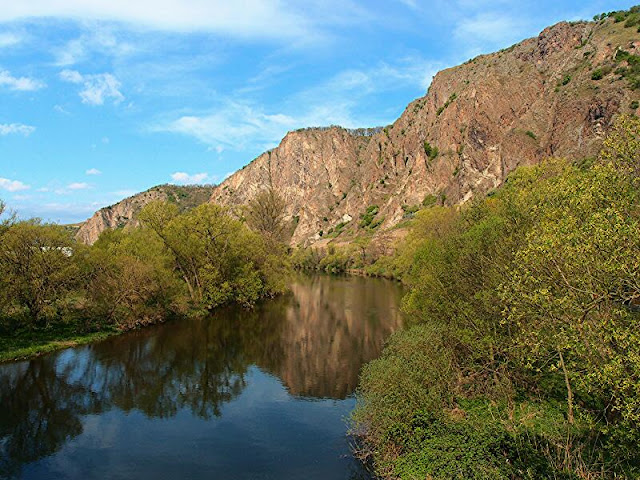 When I arrived in Kirn I was welcomed with smiles, beer, BBQ and hide and seek with my new 4 year old friend. I still had some energy in the tank so running around the garden was loads of fun. Here I decided to take a rest day, even if I don’t feel like I need one, my body certainly appreciates it. As it was the weekend, I was very kindly invited along to the weekly father and son swim session. Slides, jacuzzi, inflatables and a packed lunch…. Awesome. After a siesta it was BBQ time again. Apparently there were many skilled miners in this area, when work dried up the townsfolk made their way to Argentina to make money in the mines over there. When they came back they brought with them the love of BBQ. The local grill was an interesting system, the grill itself dangles above the fire pit spinning around ensuring all the meat gets cooked evenly, it’s then connected to a pulley system allowing the chef to alter the heat. Simple, ingenious and the meat was tasty.The next day my hosts rode with me to the edge of town we posed for pictures in a quarry, it was another tough goodbye. 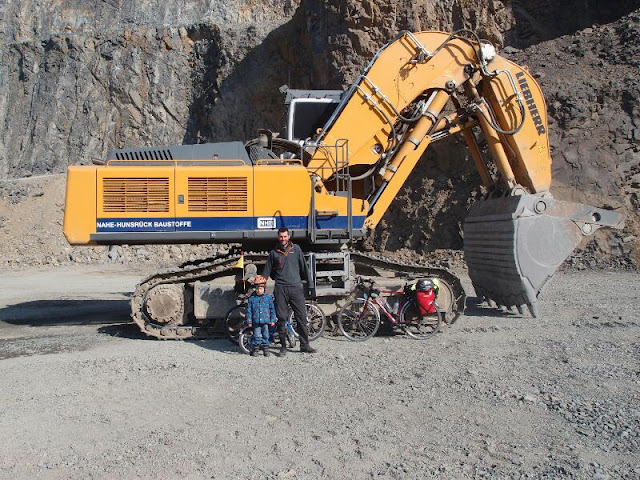 I followed cycle path after cycle path, mainly along the Nahe river. The paths are fantastic until I reached two tourist towns, then they can be seriously annoying with everyone travelling at pedestrian speed. The first town was Bad Munster, famous for it’s healing spa water. In the local park they had huge towers with water trickling down, benches lined the sides so you can listen to the sounds, breath in the air and relax. I thought that what pretty cool. 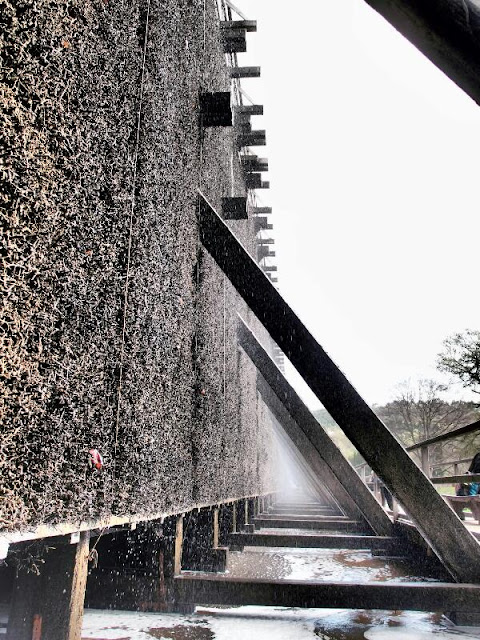 These next pictures were taken in Bad Kreuznach, I didn’t stay long due to the hordes of people on a Sunday outing but there was some beautiful architecture and it was nice looking around. 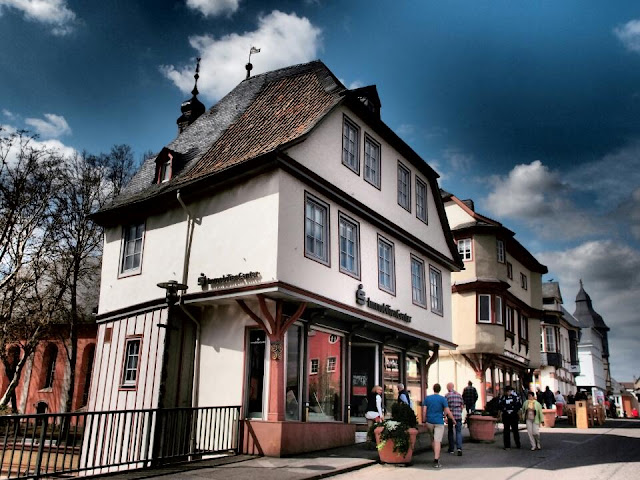 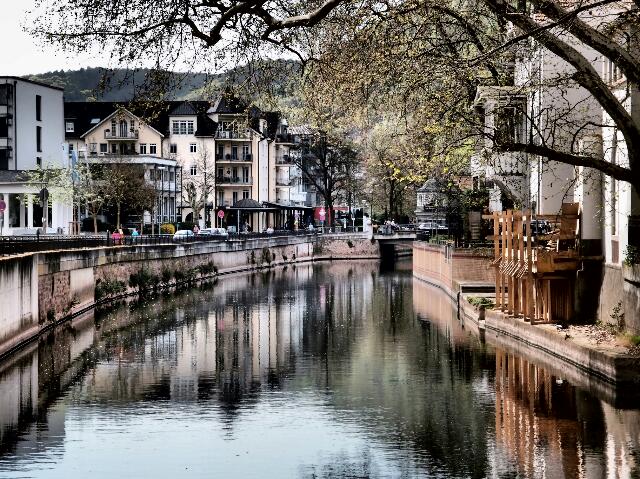 After a few climbs I found myself on top of a hill surrounded by wind turbines, which I think can really complement certain landscapes. This was a perfect example. On the way down to Alzey I meandered through fields and fields of vineyards, not the season for grapes right now unfortunately. 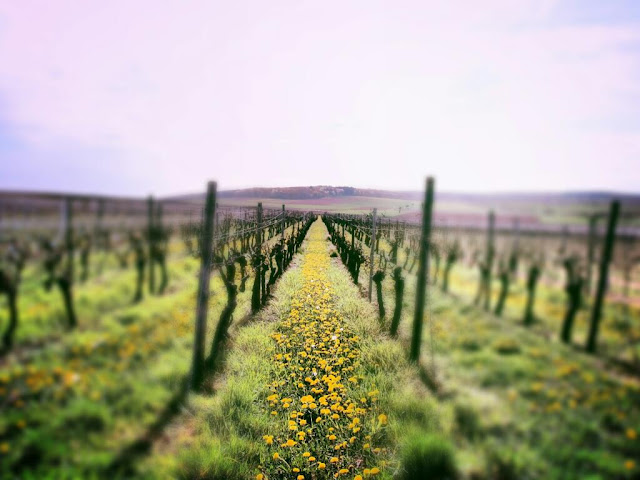 My hosts for the evening were currently renovating a lovely little building in the hills I just cycled through. Using renewable energy, compost waste, rainwater collection, I had loads of questions for them and I can’t wait to see the finished article. A curry for dinner in a nearby village and a taste of the local wine made for a very pleasant evening and a good night’s sleep.

The next day I caught up with the Rhine, here it is. Lots of cyclists follow it south but I was still heading East. 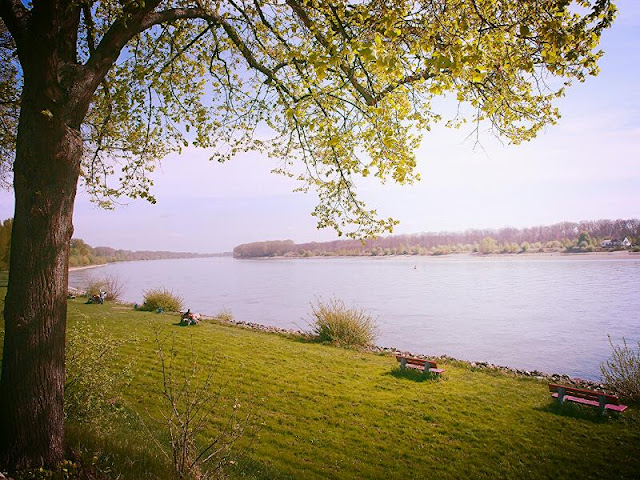 I didn’t cycle along the Rhine for long, but it was time to say goodbye. I liked what I saw. 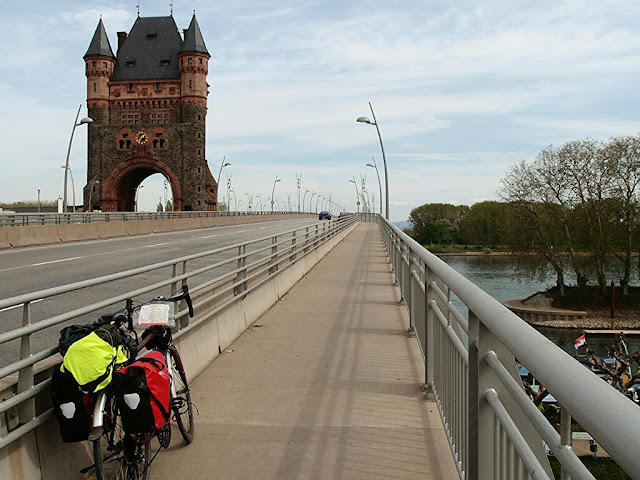